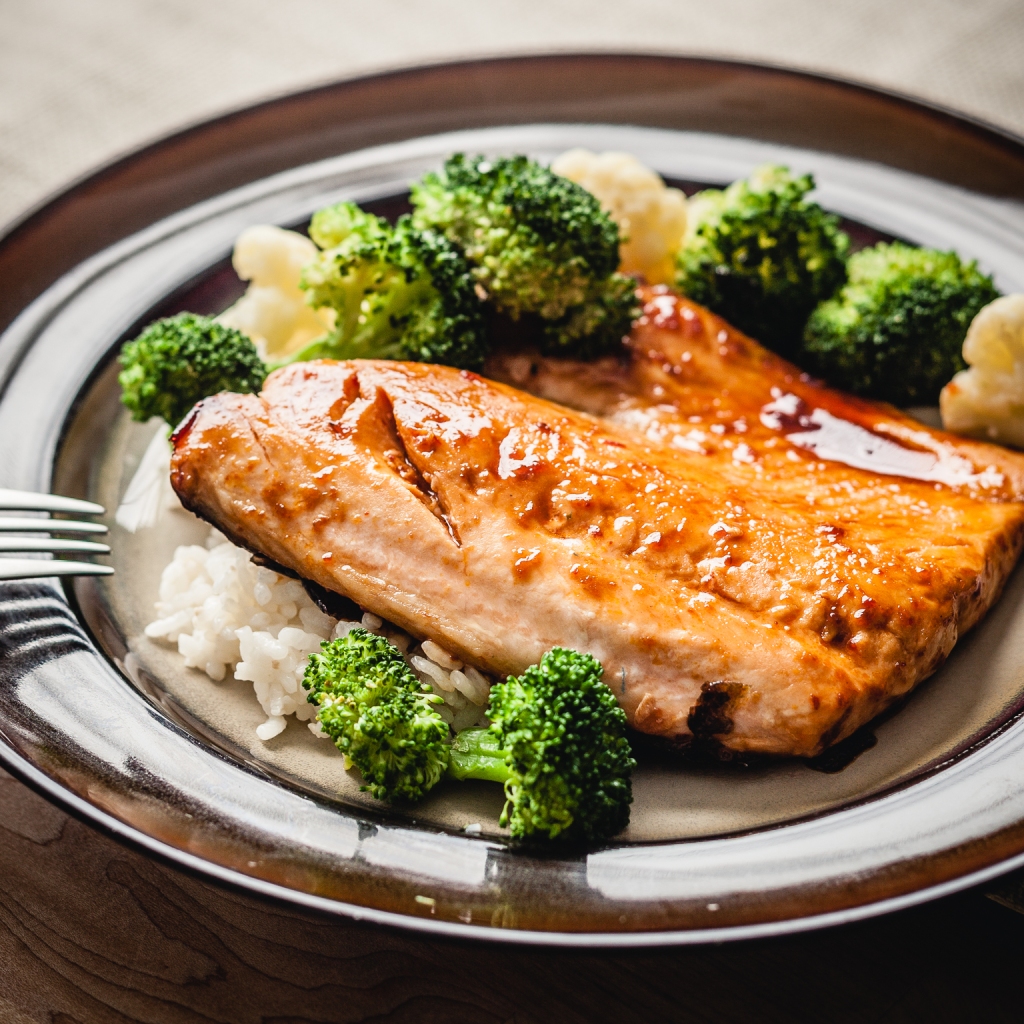 I don’t cook at lot of fish sous vide. There’s really no good excuse other than maybe with proper technique similar results can be achieved and less gear is involved. But if you really want to experience the true potential of fish, cooking it sous vide renders an absolutely perfect and delicate finish. I’ve probably mentioned it already but for years I hated salmon. Every single time I had it, no matter where, the story was simply the same. Dry stuff.

Some fish can withstand heat better than others but most fish will easily overcook and if you aren’t obsessed with temperature control over the stove then chances are you’re over going to overcook the poor thing. Poaching and steaming are safer bets in most cases. Of course searing one side to get those beautiful and delicious golden notes or getting that crispy skin will require applying a ton of heat butI won’t go into details about this today because it isn’t trivial and depending on the fish the approach might differ a bit. But if you’re itching to know perhaps follow the same approach you would as searing a steak in general. I’d also suggest working with a non stick pan here. Fish meat is too delicate to risk cooking on a regular pan but it works if you’re careful and polymerize the bottom properly.

Like I mentioned, If I don’t cook salmon sous vide, I carefully steam it on the stove in a nonstick pan adding a bit of water on medium low heat for about 10 minutes but better to trust your eyes. Poaching is my second go-to technique with salmon. Salt water around 60C for about half hour. If you use a big pot you won’t have to worry too much about keeping the stove going if you’re only cooking a few salmon steaks. Just get the water to about the proper temperature and that’s it. You can turn off the stove. The water will stay warm just long enough.

Some cooks like to vacuum seal the fish before cooking it. I don’t think this is entirely necessary but up to you. I prefer a much looser seal because I don’t like warping the fish in the bag.  I also like adding a liquid or a fat to the baggie before cooking. Olive oil can be expensive but if you can afford it it works really well.  Vegetable oil can also be used. Takes about a couple of tbsp per steak. It helps the steak retain it’s shape too as well as distribute the heat more evenly. I’ve also used salt water and this works well too. The tricky part is sealing the baggie. If I’m using liquid/fat in the baggie, I usually use a ziplock type bag and use the water displacement method to remove the air. If you have one of them fancy chamber vacuum sealers, then go for it. Those things are expensive but I do love mine. Oh… one thing.. if you buy fish that’s already vacuum sealed, you can cook it straight in its packaging. Of course, you won’t be able to add any seasoning. You can season later. You can brine post-cooking too if you really wanna get fancy.

It’s hard committing to these 2 variables when it comes to cooking anything let alone salmon. Everybody has their own preferences but also most people would agree that salmon cooked at 100C is not great although I suppose some people might find it ok… 20 years ago I would have encountered myself in this group. I had simply accepted that that’s what salmon was supposed to be like (same went for chicken breasts).  Today I know a little different.  Getting more involved in cooking, specially cooking sous vide has taught me about temperature, time and texture. Staying in the range of 50C-60C is probably pretty safe. I like the lower end of the spectrum since it yields the juiciest preparation. As you apply more heat the result will be slightly drier and the fish will become flakier which is not a bad thing. It will still be pretty delicious and far superior to that overcooked salmon we all know. Don’t cook the fish for too long either. Stay under an hour if your fillets are within 1 inch thick. Any longer will start to break down the protein and the fish will become mushy.

How to cook the rest of stuff on this photos.

Ah! the salmon was the easy part and almost the easiest component. Let me talk a bit about microwave cooking… hold on! Everybody frowns when I say “microwave” and I can almost understand why. For the longest time the only use I had for a microwave was heating up milk for my morning coffee. Warming anything else in there would just have disastrous consequences but there’s 2 things microwaves do fairly well. They heat up water and they heat up fat quite well. Another great thing about microwaves is the fact that they have timers… so once less thing to worry about.  But anyways, we’re interested in the water heating properties for this post in particular.

I used paella rice because well.. that’s what I had. This rice is very starchy so if you want that fluffy white rice finish make sure you rinse the rice until the water runs clear. Longer grain rice will have less starch so less rinsing is required. In a microwave safe container with NO lid add the rice and about 3 times the volume of rice in water. So if you have a layer of rice that’s about 1 third of a inch thick, cover with about 2/3 of an inch of water… ok.. the math is a little loose but you get the idea. So for this recipe: 1 cup of rice will require about 2 /12 to 3 cups of water.  You don’t have to add all the water at once. You can add more as you go and as the rice needs it. Season the rice to your taste. I added a tsp of minced garlic and a pinch of salt. Microwave for 15-20 minutes. Finished it with a tbsp of butter and some pepper and parsley. Fluff it all up with a fork and your done.

Ok, the simplest part of this dish. I mean, it doesn’t get simpler than this. Place your veggies, in this case broccoli and cauliflower, in a microwave-safe container WITH a lid and add about a tbsp of water. Make sure the lid just sits LOOSLY over the container. Microwave for 4-8 minutes. The range is pretty wide only because microwaves wattages change from model to model, brand to brand. Some experimentation will be necessary. Finish up with  drizzle of your favorite vegetable oil. I used sesame oil. Maybe a splash of vinegar. And season with salt and pepper to your liking.

It’s all about that glaze.

Glazing is not necessary but if you’re me then it’s absolutely necessary. I enjoy dressing fish in glazes yes I do! I specially like using a standard honey/soy sauce/apple cider vinegar/thai chili paste glaze. It’s the simplest thing to make. Over medium heat (I use a nonstick pan here) add about 1/2 tbsp of soy sauce, 1 tbsp of vinegar (you can use rice vinegar or any vinegar you like. Sharp ones work best in my opinion) 1/2 tbsp of honey, 1/2 tbsp thai chili paste. I usually just eyeball these ingredients but that’s about the ratio I kinda keep in mind. Reduce over the stove until the liquid becomes syrupy and darkens. You can over-reduce to get the glaze really dark and then add a little water to bring it back to that nice syrupy state. I place the salmon in this pan and make sure gets coated evenly but you could also use a brush, whatever is more fun for you.

sous vide salmon with steamed rice and broccoli. 50C 40 mins. was originally published on that Other Cooking Blog

iThere are no comments

COPYRIGHT © 2013 that other cooking blog

Unless otherwise stated, all images and content
are the sole property of © thatothercookingblog.com

No photographs or other content may be used without prior written consent from the author.

Begin typing your search above and press return to search. Press Esc to cancel.